These are a mixture of books I loved as a kid and books I'm looking forward to reading to my own children. It does not include picture books, but only chapter books that I either read myself, or that I had read aloud. We had a great tradition of Dad reading aloud to us (actually lasting until I moved out, although in later years it was only when on vacation) and got through a lot of classics that way.

As usual, I've decided not to include any Danish books, but I would be remiss if I didn't even mention Estrid Ott, as she was one of my all-time favourite authors as a child. Especially her delightful series about the adventures of the stuffed toy-Elephant, Bimbi. It's such a shame that these have never been translated to English!

Picking my Top 10 is hard enough, so there's no way I could list them in order of preference. These are just in no particular order. Oh, I decided I could only pick one book per author, but there's no real "rule" about that ;) 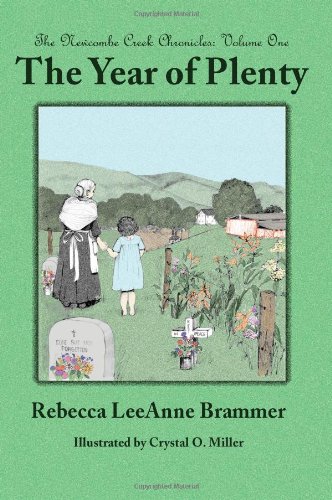 I only discovered this book last year, but it's a wonderfully cozy and charming book in the same style as Little House in the Big Woods. The language is suitable for children, and I think it would work very well as a read-aloud book. Definitely a book I plan on reading to my kids - even if I have to translate it to Danish myself! ;)

Another book I didn't discover until last year, but it's one of the very few childrens books that I read for the first time as an adult and still gave 5 stars on Goodreads. It doesn't need the rosy-coloured glasses of nostalgia, it just works! It's absolutely hilarious and delightfully quirky. Probably best for slightly older kids (8-12), and I wish I'd been aware of it (or rather, that it had been written!) when I was a kid.

I couldn't write this list without including Roald Dahl, although it was really difficult to decide which book of his to use - Matilda runs a very close second. However, Charlie... was my introduction to Roald Dahl, so if for no other reason than that, it deserves a mention. I think it may still be my favourite - I've always been intrigued by the chocolate factory, and am sad that Willy Wonka rushed past so many interesting doors with no more than a quick mention. I'd love to roam about the factory more. One of the best things about Tim Burton's film adaption of it, was that he completely managed to capture the magic of the factory, and made me just as eager to explore it as Roald Dahl's book itself did. 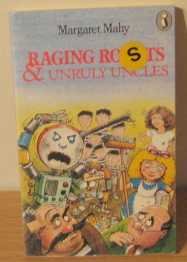 The first two books on this list were books had never read as a kid, this is a book I haven't read since I was a kid and had it read aloud to me. Margaret Mahy is a Kiwi author, and we discovered her during our first year in New Zealand, where Dad read this book aloud to us, to our great delight. Unfortunately I haven't been able to find it anywhere since, so I haven't read it after 1990! Obviously I don't remember much of it, other than that I LOVED it, so I'm very eager to get my hands on it again at some point. Perhaps it'll show up second hand somewhere.

Margaret Mahy's books were all delightfully quirky, and most of them were illustrated by Quentin Blake (who also illustrated many of Roald Dahl's books). I've always loved his work!

I vaguely recall seeing either a movie or a mini-series based on this book when I was young. Can't remember any details though, other than that I loved it, and immediately went out to find the book. It's a sweet classic which I was gratified to see completely passed the test of time, when I reread it a couple of years ago.

I have very vivid memories of my Dad reading this aloud to us when we were in San Tropes, France in 1986. The book hasn't been translated to Danish yet, but Mum would try to keep ahead of Dad, translating a couple of pages at a time, and if we got impatient, Dad would translate on the fly (he's insanely good at that!). I loved the idea of an "ordinary" princess, and a fairytale where the prince and princess of an arranged marriage are finally allowed to get to know each other and fall in love ahead of time :)

This falls squarely into the "why haven't I read this before!" category. Again a book I read for the first time last year (what is this with last year? I obviously read a lot of great childrens books!), and I was very impressed by it. It's a lot darker than I had expected, but in a way that I think would go over the heads of most children, and I caught myself laughing out loud several times. I suspect it's a book that - like Narnia - works for both children and adults, but just on different levels.

I was reminded of this book just last month when it was chosen as book of the month for a book club I'm part of. I had completely forgotten how lovely it is, and was delighted to revisit Gone-Away Lake with Julian and Portia. It has all the important things in a childrens book - a magical atmosphere, good solid friendship both among peers and between the ages, and lots of fun adventures. I feel transported to another time whenever I read it.

No list of childrens books would be complete without a mention of Astrid Lindgren. She was a huge part of my reading while growing up. But it was almost impossible to decide which book to list, and I'm still not entirely sure I made the right choice. Other books I considered were Emil, Pippi Longstocking and Ronja Robber's Daughter. The reason I chose Children... is not that it's my favourite (I think that would be either Pippi or Ronja), but that it's the first book I can remember being read and reading myself. I remember loving the chapter where one of the girls gets her own room, and the descriptions of how she arranges it and keeps it nice and neat. I'd always get into a fit of tidying my room after reading it... a fit that would last for as long as it took me to move on to the next chapter ;)

Astrid Lindgren is a must on any book-shelf in a child's room. I can't wait to get to introduce my own children to her books.

And of course - Famous Five. I am almost certain that these were the first longer chapter books I read by myself, and I know that they were the first books I started collecting. For many years I'd get at least one for every birthday and Christmas, until I had the entire series - including some of the newer ones, written by ghostwriters. They weren't nearly as good, but I still wanted to read them all! My favourite was (and is) Five Run Away Together, because I loved reading about how they found the cave on Kirrin Island and Anne fixed it up really nicely :)

I still reread the original series every now and again, and fortunately they too pass the test of time. Also, they are remarkable in being a series where (at least in the first books) people actually get older the way they're supposed to! After four summer vacations, Julian went from being 12 to being 16! ;)
Posted by Maria at 14:38

totally agree about the Bimbi books. Read them as a child and wish they were available in English